The squad set out for their football final against Gaelscoil Kinsale on the morning of November 15th. There was great excitement amongst all pupils and the squad boarded the bus after a guard of honour from the junior rooms. The atmosphere in Páirc Uí Chaoimh was electric with pupils from third to sixth class, along with siblings and parents in full voice. It was a close game in the first half, but the boys dug deep, showing grit and determination until the final whistle blew and they were crowned Sciath na Scol Champions. It truly was the Battle of Kinsale 2022! We are all so very proud of each and every one of them, an occasion that they will treasure and remember forever. 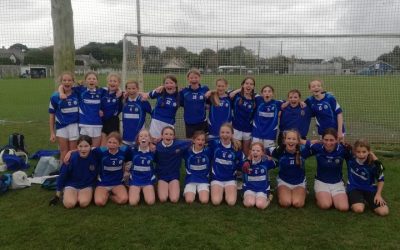 The campaign for pupils in fifth and sixth classes got underway in mid-September. The girls and boys enjoyed playing competitively against other schools, with both teams making it to the semi-finals. Best of luck to the boys who will compete in the final in November,... Rang a Cúig are participating in the Junior Entrepreneur Programme. Under the guidance of their teacher, and with the inspiration of local entrepreneurs, children will discover their strengths as individuals and as part of a team. Together, they’ll choose, invest in... 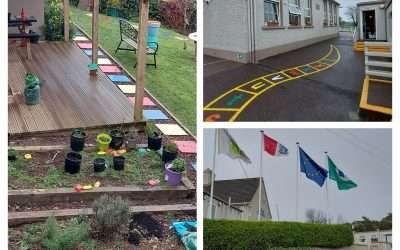 Drama builds confidence, develops creativity and collaboration, and improves verbal and non-verbal communication skills. Pupils in all classes enjoyed participating in drama lessons with Theatre Tricks. It was fantastic to see the children partaking in these workshops...